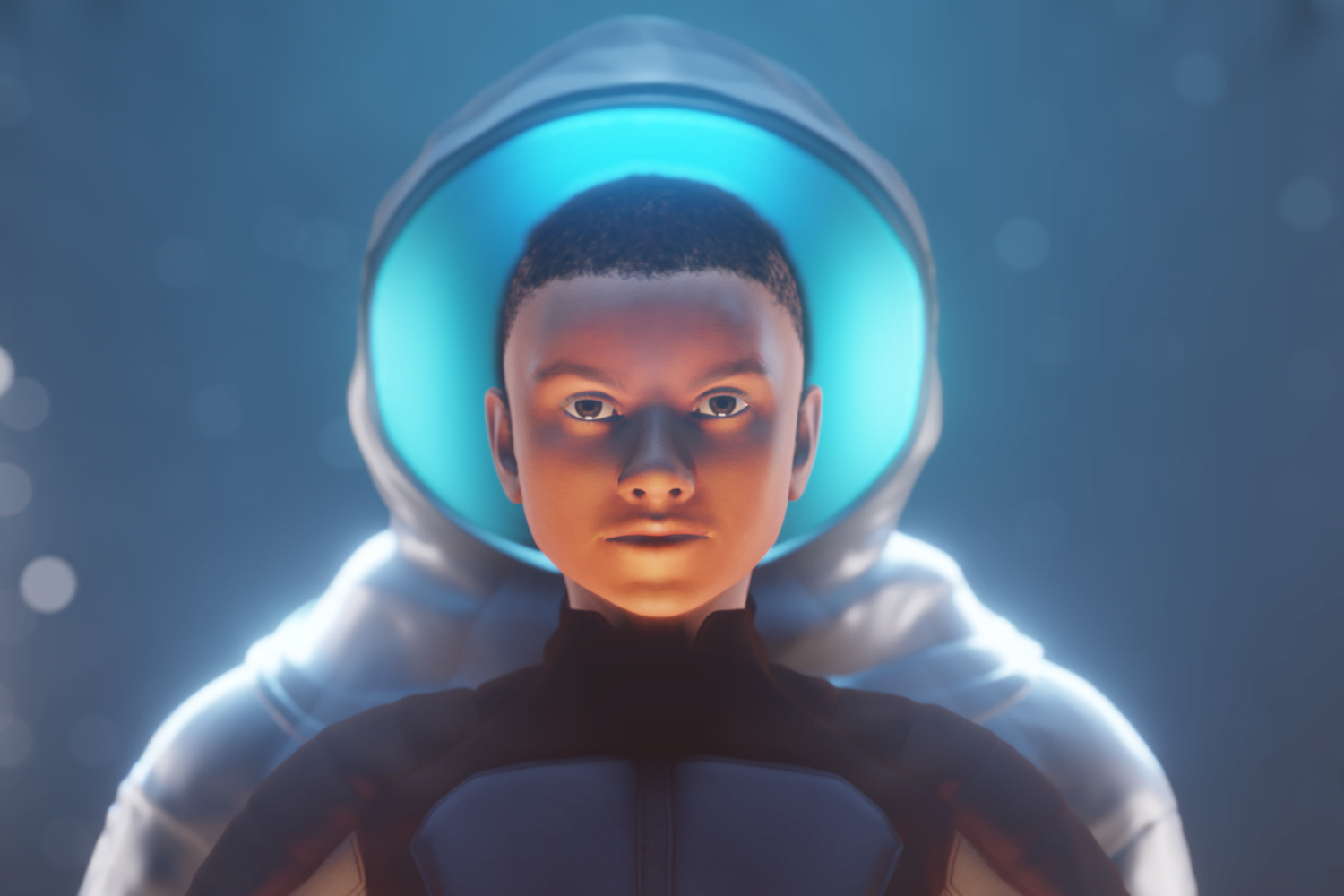 Following the provided creative directions, for Coheed and Cambria’s single titled Rise Naianasha we’ve created a super engaging video with a great storyline based on the characters from the artwork.

Briefly, our main idea was to emphasize the song’s vibe and emotions throughout the characters. Therefore, we’ve built a story that matches the inner emotional worlds of each of the characters. Zooming into characters’ eye/mouth/head is taking us to another universe where their emotional state is depicted with actual or abstract visuals.

Looking for the best option to interpolate the album art and the main characters, the boy, the white “alien,” and the creature in the chamber, we decided to re-built the album art in 3D. This approach gave us almost unlimited options for character animation, following a specific storyline, and adding additional animated sci-fi elements in the 3D space. 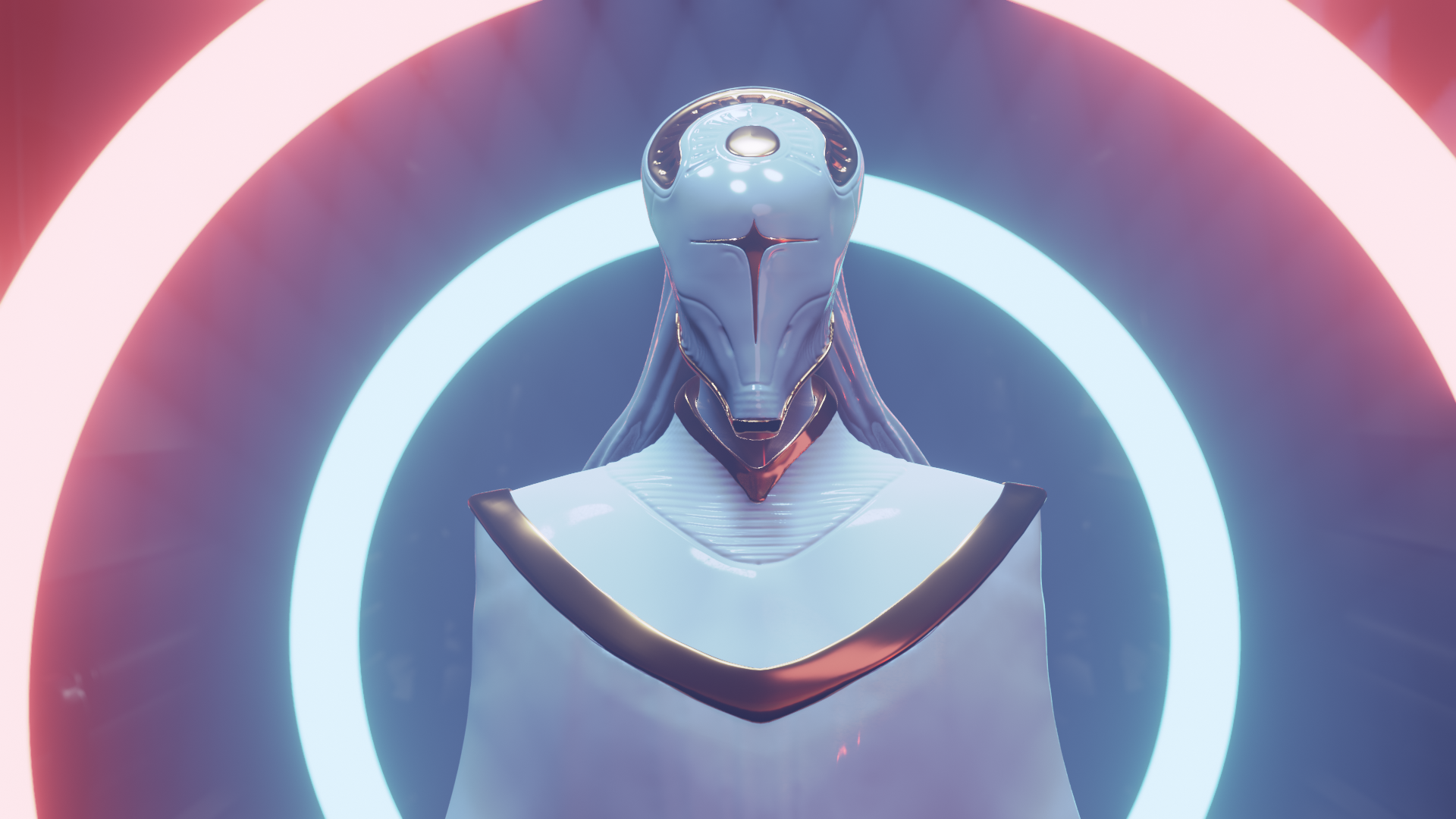 Also, here are some screen grabs and snippets that provide more insights into the sci-fi environment we are using throughout the entire video. 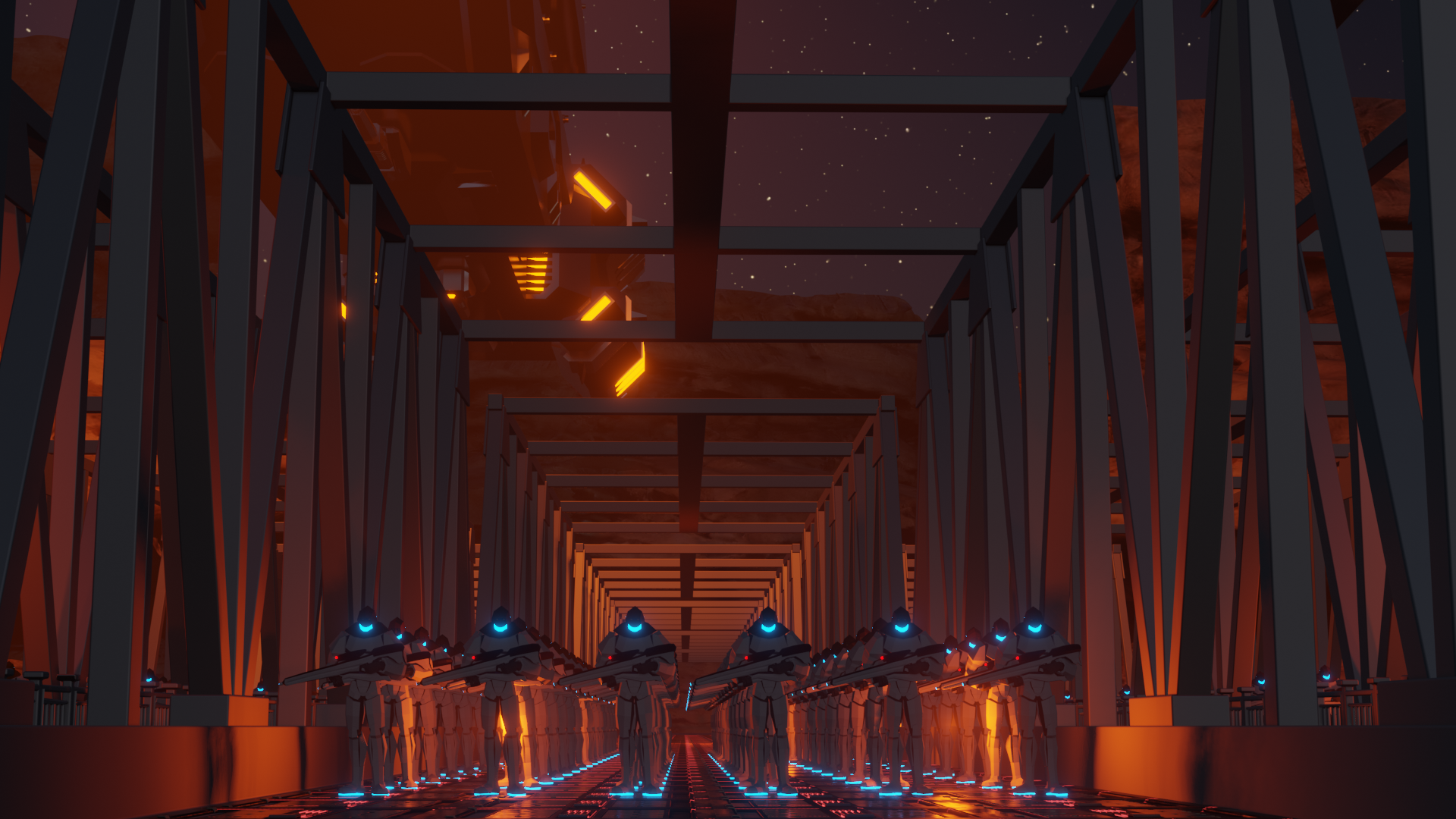 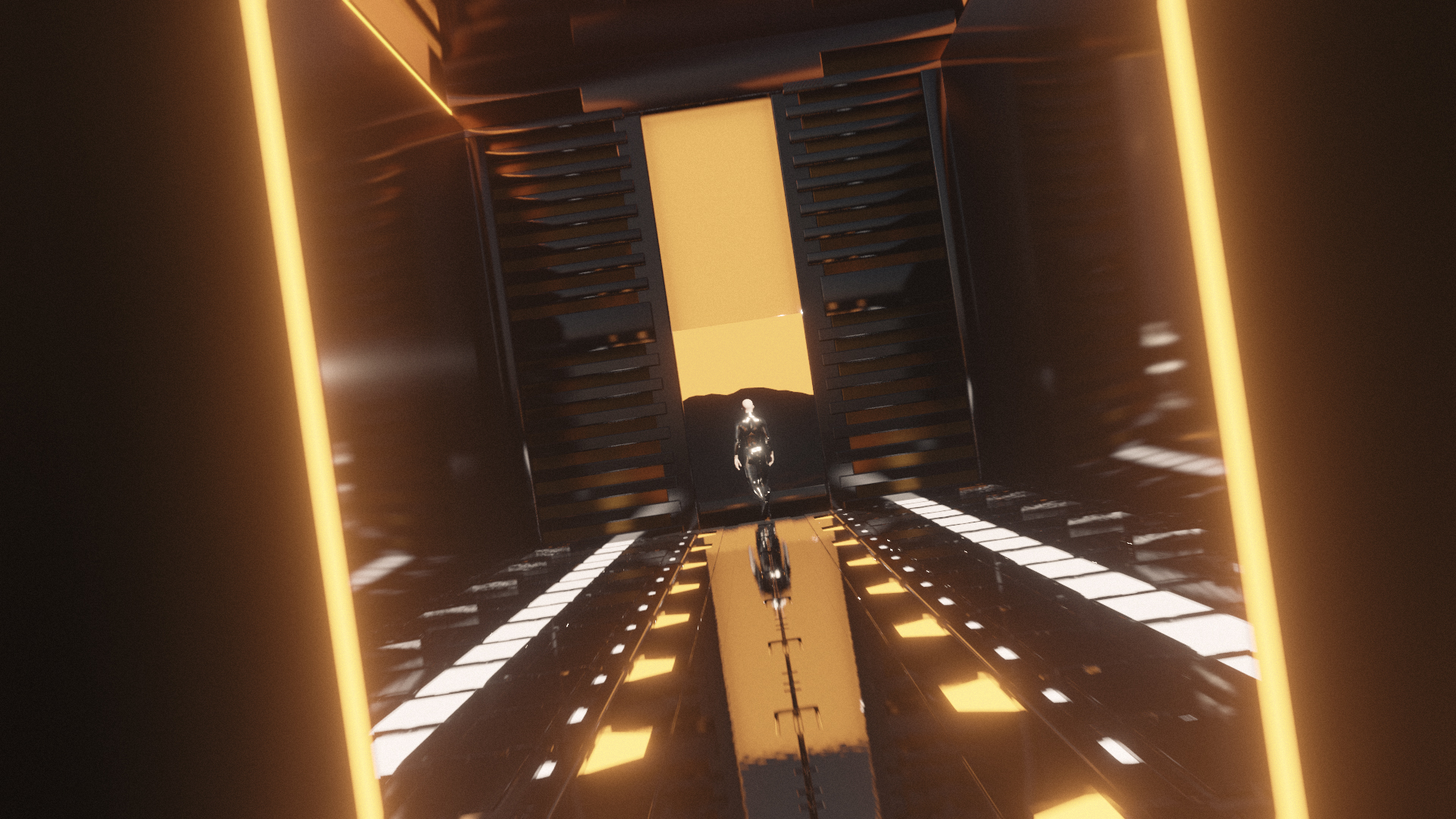 Camera coming from top moving through skies and fog, start to reveal buildings and orange/red lights ahead.

We are slowly revealing the world of the five houses.

Short clips of traveling around show a picture of their architecture, floating buildings, large armies, big ships. It represents power, resourcefulness. As we move the camera forward, we reveal with a big letter the number 5, which probably represents the house DOXT.

We will get inside a building, see a great entrance pathway, and then we get to a big hall full of chambers like a laboratory with cables all around the floor. This will represent regeneration, experimentation. Another few shortcuts of the surrounding. Not much animation will be included, but we’ll try to make some stuff moving and functioning to bring the scene more to life.

Then we will show guards and a larger entrance door, which get us to the main character DOXT. He will be placed inside a totally different surrounding, especially for him, in the center of the room/space he will be positioned in the chamber, with red cables/wires connecting, subway grate smoke-like floor.

Once the chorus starts, we’ll get into the character’s eye with the camera, so we start with the abstract part. For that part, we will use the flow/beat/dynamic of the song but still insert DOXT resembling visuals.

As the chorus parts end, we get to a shot right away that shows a lot of wealthy structures and elements in the gold coating.

The camera zooms out, and Candelaria’s scene comes in compared to house doxt, Candelaria is shown from the start. Then we will give some idea about the organization, as he is explained in your story, he goes by a mob boss, I’d like another high wall room with a long table the camera going backward revealing a long shot scene. He sits down on his boss’s throne chair with the organization’s people with masks. I think it’s a great idea for someone who’s a mob boss.

The camera then makes a 180 degree cut and shows what’s up front, a holographic sphere or sort of screen pops out. The camera goes in, and it gives screen time scenes of the organization, lab moments, entrapment, etc., till we stop at the moment where Vaxis is shown as a target. With this, we get to the next step of the story. The next shot is the large spaceship of the organization, and a map shows up with the target location.

Candelaria is shown again, and we do the camera zoom into the character’s eye, and with that, we start the next abstract part of the video by showing space visuals.

After the second abstract part, we get to the Vaxis character. This starts within a more neat and calm environment, and we slowly move in the camera toward a window of a building where the young boy Vaxis is lying down on his bed.

Throughout the room, there is a glass where Vaxis’ parents are looking at their boy.

In the next scene, Vaxis’ parents take a path traveling, looking for a remedy for their unconscious boy.

Then we get back to the boy and show with images his actual condition. Connected glowing white and blue lines around the boys emerge, filling out the screen. With this, we get to the visually abstract part of prisms, brain, etc.

The last scenes are a mix of all the scenes and characters edited to follow the song’s vibe and dynamic.

Watch the full video below.

If you have an interesting project – Let’s work together right now!